We had a little different shoot last week. I had brought along one of my digital cameras and a long lens while I was helping a friend train his champion shorthair and german wirehair pointers. These dogs are “unbelievable”. Faster then you can imagine and catch scent of a chukar while doing it. 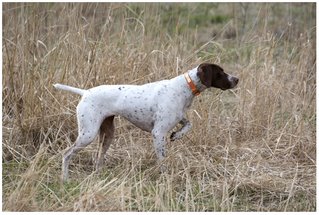 Derek Plyler has trained and raised quite a few award winning hunting dogs. He’s located outside of Medina Ohio and works these dogs almost ever night. Last week was another big push to tune this pointers for the upcoming competitions. We set out chukars – a very cool looking game bird. 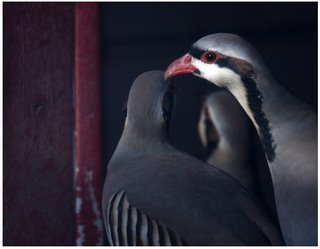 A dog is then released on a command – “bird” – and a dog is off so fast it’s hard to keep up with him. 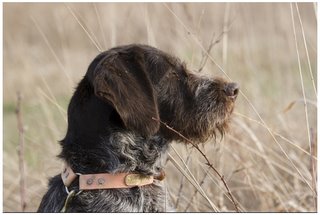 When the dog finds the bird he goes on point. Which makes for quite a cool photograph. 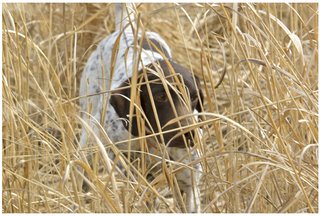 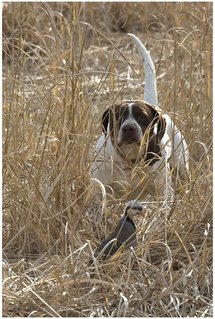 The hunter or trainer then moves in to flush the bird.

He then shoots the bird and if he hits it the dog is released to retrieve. 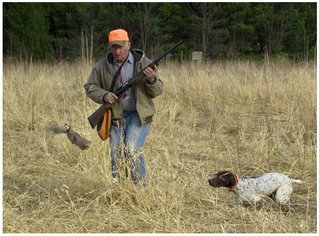 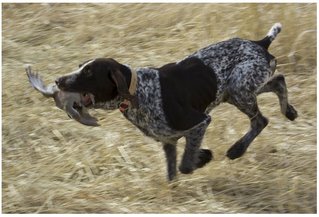